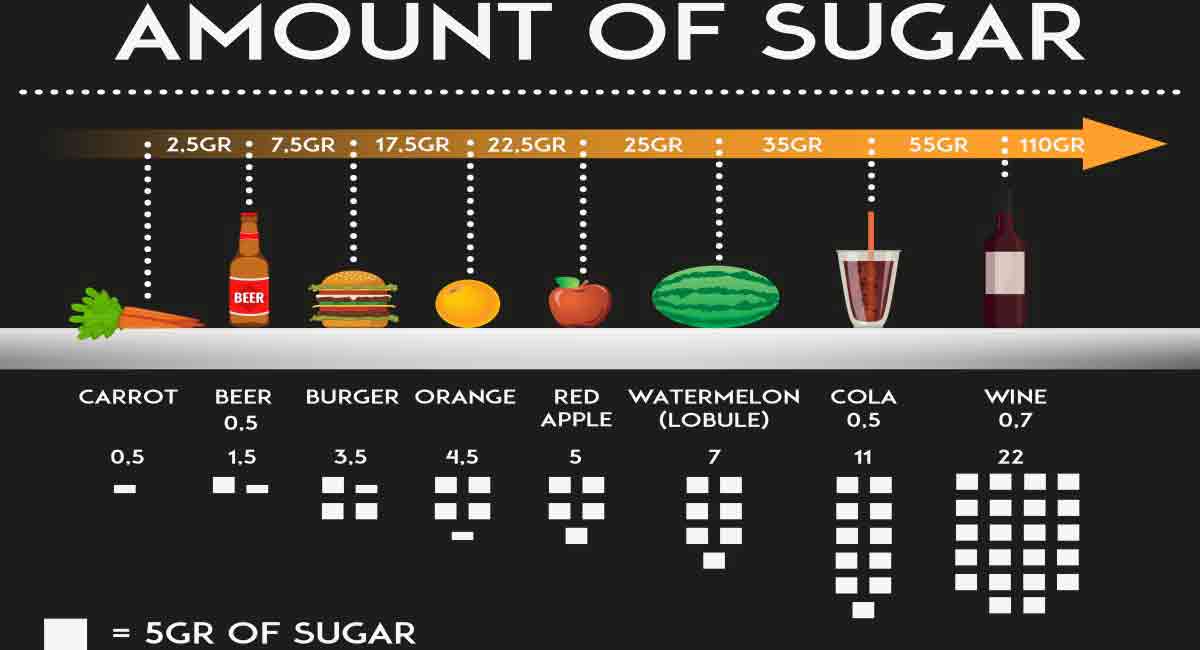 “SUGAR REDUCTION may be the top-cited dietary priority globally, but consumers aren’t quite willing to give up sweeteners completely,” said Julie Johnson, General Manager, HealthFocus International. She also noted that consumer perceptions of sweeteners are complicated. Johnson gleaned her information from a “HealthFocus’ 2018 Global Trends Study” that interviewed more than 12,000 consumers in 22 countries.

Johnson cited three overriding trends—product personalization, clean eating, and calorie and weight issues that help influence consumer sweetener perceptions. The first trend, where consumers wish to personalize food and beverage taste preferences, included the following statistics: Globally, 48% of consumers interviewed indicated they always or usually add something to their foods and beverages to adjust taste (only 26% in the U.S.).“Consumers want control of their taste preferences,” she said, citing yogurt cups that add honey or fruit preparations on the side.

The second trend is a general interest in “clean eating.” Globally, 63% of people (versus only 39% in the U.S.) claim to be interested in eating clean, noted Johnson. And thirdly, consumer concerns about calories and weight track well with their attitudes toward sugars and sweeteners. “In the U.S., food and beverage sugar and caloric contents top the informational items sought by consumers on food package labels,” said Johnson. 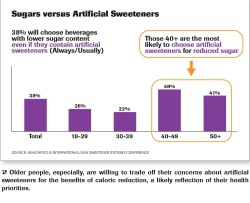 Top purchase-decision influencers identified in the 2018 study remain: price (56%), followed by better taste (52%) and recognizable ingredients (49%). Drilling down, 41% of respondents listed no artificial sweeteners, and 40% listed lower sugar as “extremely” or “very important” to them. When asked: “Which of the following 10 factors had become more important to them over the past year,” 54% put reducing sugar at the top of their list.

Asked to choose between 10 different factors that might make food and beverages appear healthier, sugar reduction ranked #2 at 52%, while using no artificial sweeteners rated #6 at 47%. So, to summarize thus far consumers want less sugar, but does that mean that they want to sacrifice sweetness?

“Don’t overlook that this study was based on stated attitudes and perceptions, not necessarily actions,” warned Johnson. Actions do speak louder than words. A closer look at specific sweeteners suggests that familiarity with particular sweeteners improves perceptions thereof.

U.S. consumers are also far more likely than their global counterparts to rate sweeteners negatively: In the U.S., less-than 10% of respondents rated 15 specific sweeteners as “good,” and only honey and maple syrup were rated positively by more than 50%. Globally, consumer antipathy toward artificial sweeteners as a category turned neutral regarding specific high-potency sweeteners, whether they were of natural origin or not.

Johnson also posted data suggesting a continued erosion of consumer opinion toward artificial sweeteners over time. This included stevia. Unfortunately, consumers in this study appeared to conflate “artificial” sweeteners with natural high-potency sweeteners (such as monk fruit or stevia leaf extract), suggesting that consumers may require more education on these specific sweeteners.

In summary, sugar reduction is a top global priority among consumers and the top dietary priority in the U.S. However, consumers aren’t willing to give up sweeteners altogether, which opens up major opportunities for non-sugar sweeteners. And, whereas views of virtually all sweeteners and especially “artificial sweeteners” remain generally negative, the confusion and negativity surrounding these ingredients lessens considerably when high-potency sweeteners are addressed individually. This should serve as a call to food and beverage ingredient marketing departments everywhere.

Understanding Shopper Attitudes towards Sweeteners in the U.S.” and Beyond,” Julie Johnson, General Manager, HealthFocus International

This presentation was given at the 2018 Sweetener Systems Conference. To download free presentations and the Post-conference summary of this event, go to https://globalfoodforums.com/store/sweetener-systems-conferences/

See past and future Sweetener Systems Conferences at https://globalfoodforums.com/sweetenersystems/